You are browsing the site archives by date.

Beardtopia.com (and other Denton blogs) mentioned in Dallas Observer: http://j.mp/aAs6gM # 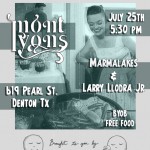 Warning: Invalid argument supplied for foreach() in /home/qwg5fqbnvc77/domains/beardtopia.com/html/wp-content/themes/hybrid/library/classes/widget-tags.php on line 85